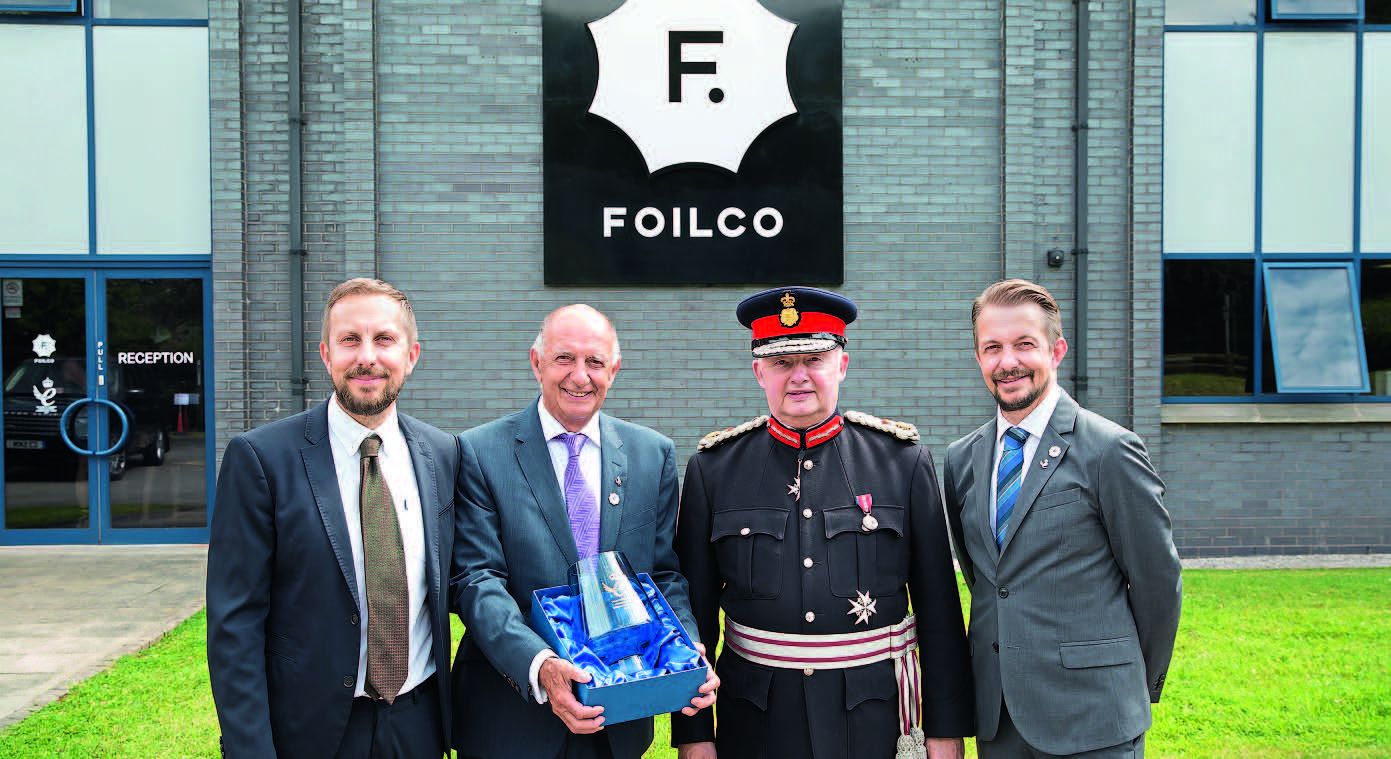 Foilco has been awarded the Queen’s Award for Enterprise in International Trade for 2019. The Warrington foil stamping specialist received its award from the Lord-Lieutenant of Greater Manchester, Warren J Smith. The Lord-Lieutenant visited the company’s plant, where it employs 36 people.

The business, which was set up in 1987, has been supplying stamping foil to the print industry ever since. Foilco has distributors in seven countries around the world and ships goods to more than 2,000 businesses and printers annually. Managing director, Paul Hornby, gave Mr. Smith a full factory tour, introducing him to every member of the Foilco team. Despite it being one of the hottest days of the year, and being dressed in his military attire, the Lord-Lieutenant had time to talk to everyone.

Handing over of the Queen’s Award, Mr. Smith addressed all members of the Foilco family and explained the significance of the accolade. Paul Hornby said the recognition was due to the continued hard work of the team. Post-presentation Mr. Smith tried his hand at some foil blocking and received a surprise with one of the machines hiding a bespoke hot stamping die designed especially for the Greater Manchester royal representative.

Following the presentation, Foilco staff enjoyed an early working day finish with family and friends invited to join in with the festivities arranged on the company’s site. Homemade pizzas, inflatables for the children, and a host of refreshments and beverages were enjoyed during a long and joyous evening.