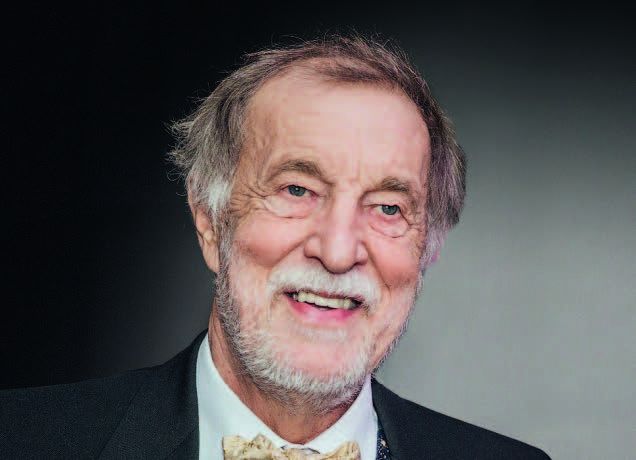 The founder of garment business PenCarrie passed away recently.

Industry pioneer, inspirational leader, entrepreneur, dynamic businessman, true gentleman, cherished friend, and family man. Just some of the words used to describe Paul Persey, co-founder of PenCarrie, who sadly passed away earlier this year after a three-year fight with cancer.

Paul has been an integral part of the promotional garment industry, not just in the UK, but across Europe for almost 30 years. His interest and passion for the industry began when he started his career as a trainee with C&A. With a foundation of knowledge from The London School of Economics, Paul worked there for a few years, picking up a wealth of knowledge on the retail industry. He went on to establish several of his own retail premises selling garments with wife Caroline.

After moving to Devon with his family, Paul moved from retail to manufacture, establishing his own manufacturing facilities in both Devon and Cornwall, specialising in babywear, polo shirts, rugby shirts and sweats. A link with the Russell Corporation led to the opportunity to distribute its range of products. In 1991, in rented premises in Exeter, Paul, his sister-in-law Penny and Caroline (hence the company name), took the opportunity to establish PenCarrie as a garment distributor. In March 2010, PenCarrie acquired Swindon-based garment distributor UKL and merged the two businesses together.

Nicci, Paul’s eldest daughter, joined the business in 2013, by which time an external managing director had been appointed, and working alongside her dad and the management team, led the business to its most successful position to date. Nicci’s sisters Clare and Sarah, as co-directors have been PenCarrie’s major shareholders for several years and will continue to provide their guidance and support.

Paul truly valued the people that worked for him, as to him, they were part of the PenCarrie family and were treated as such. PenCarrie parties over the years have become known for their fun, dancing and family focus, with staff partners all invited to join. Paul was a lover of many things and, in particular, rugby.

A frequent visitor to Twickenham, he was also a season ticket holder at Exeter. He was at his happiest with a few pints of his favorite brew, Tribute, discussing the merits of a game. Paul’s family legacy is continued with his loving wife Caroline, three daughters, Nicci, Sarah and Clare, of whom he was extremely proud, and his four beautiful grandchildren. A true giant in our industry, he will be sorely missed, dearly remembered and most of all leave a legacy to the industry that will live on for years to come.