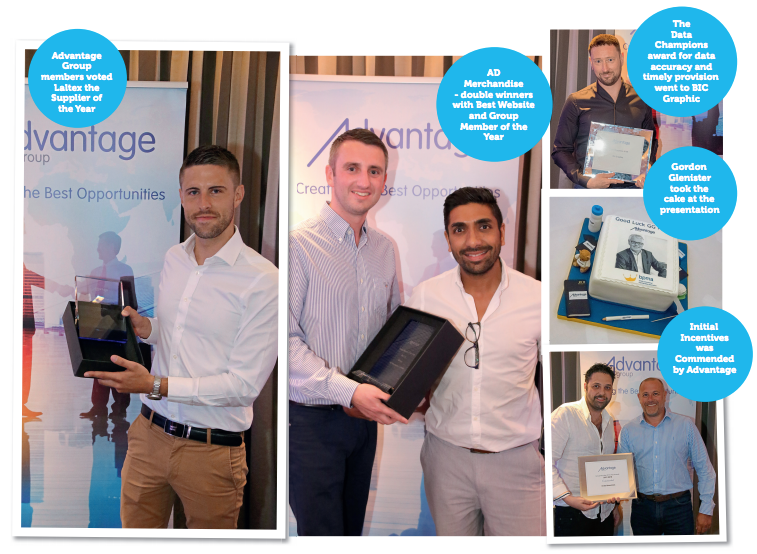 The Advantage Group held its 19th annual catalogue launch and awards dinner at Sopwell House Hotel and Country Club in July. Outgoing BPMA director general, Gordon Glenister, was on hand to see the awards being presented at the St Albans’ venue. He was also recognised with a cake presented by Advantage boss Lawrence Angelow, and presented with a commemorative trophy by former BPMA president Gill Thorpe.

Laltex picked up the supplier of the year award. Neil Horner of the company, said: “We’re over the moon to have won supplier of the year from such a prestigious group. It’s fantastic to be recognised for our team’s hard work and dedication over the past 12 months –abig thank you to everyone at Laltex Promo. Thank you to all the Advantage Group members who took the time to vote for us, it’s such a wonderful compliment.” Distributor, AD Merchandise was named group member of the year, as well as picking up the award for the best use of website. Managing director Amo Singh, said: “We’re honoured to be the first ever company to win in two categories – and this was a real team effort from start to finish. Everyone at AD Merchandise should be proud of this win.

Without our magnificent staff and supply chain, we wouldn’t be where we are today.” Other companies recognised on the night included Senator, Strive Badge, The Pen Warehouse, Bic Graphic, Initial Incentives, Mojo, Outstanding Branding, PF Concept, and Response Marketing. Advantage director, Lawrence Angelow said: “Many congratulations to all of our winners, and a heartfelt thank you to all of our members and suppliers for turning out in great numbers to make another hugely successful event this year.”

He added: “The morning following the evening celebrations saw the presentation of this year’s catalogue as well as a table top exhibition from suppliers.” 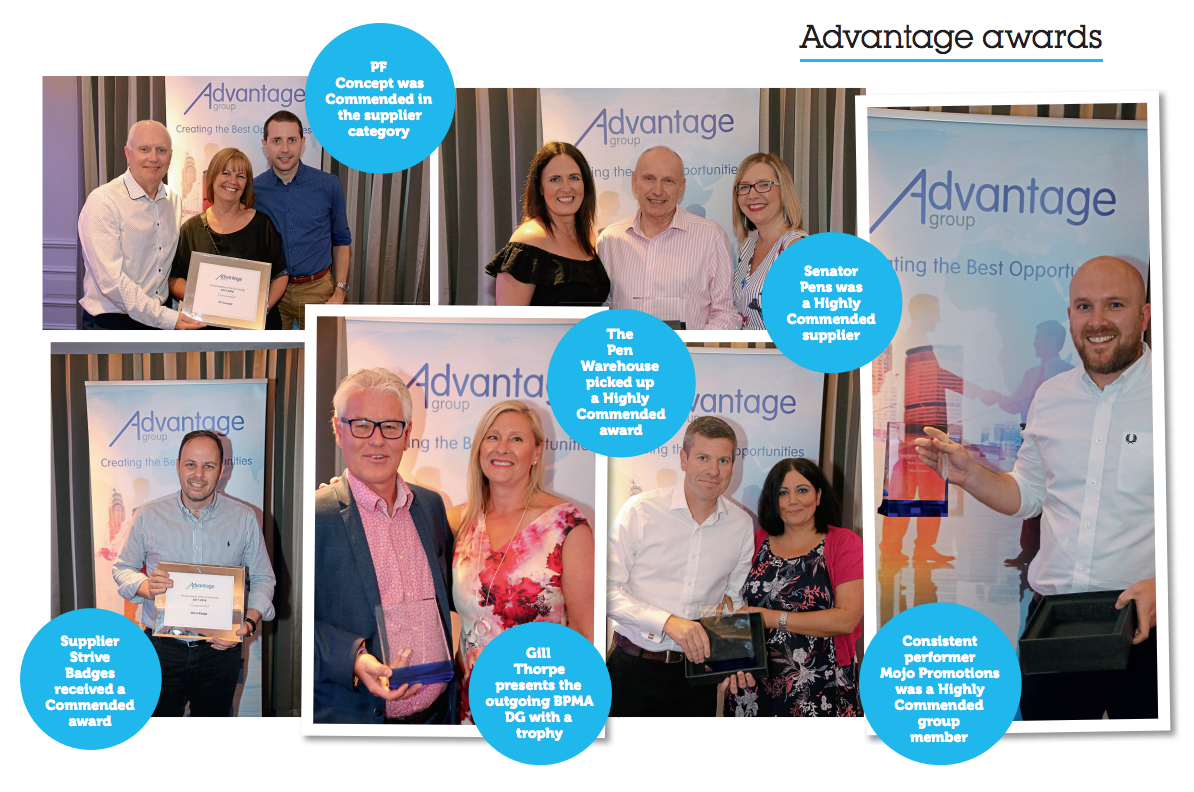