The Total Merchandise team is delighted to have been voted Distributor of the Year £5m+ 2020 in the BPMA’s annual awards. 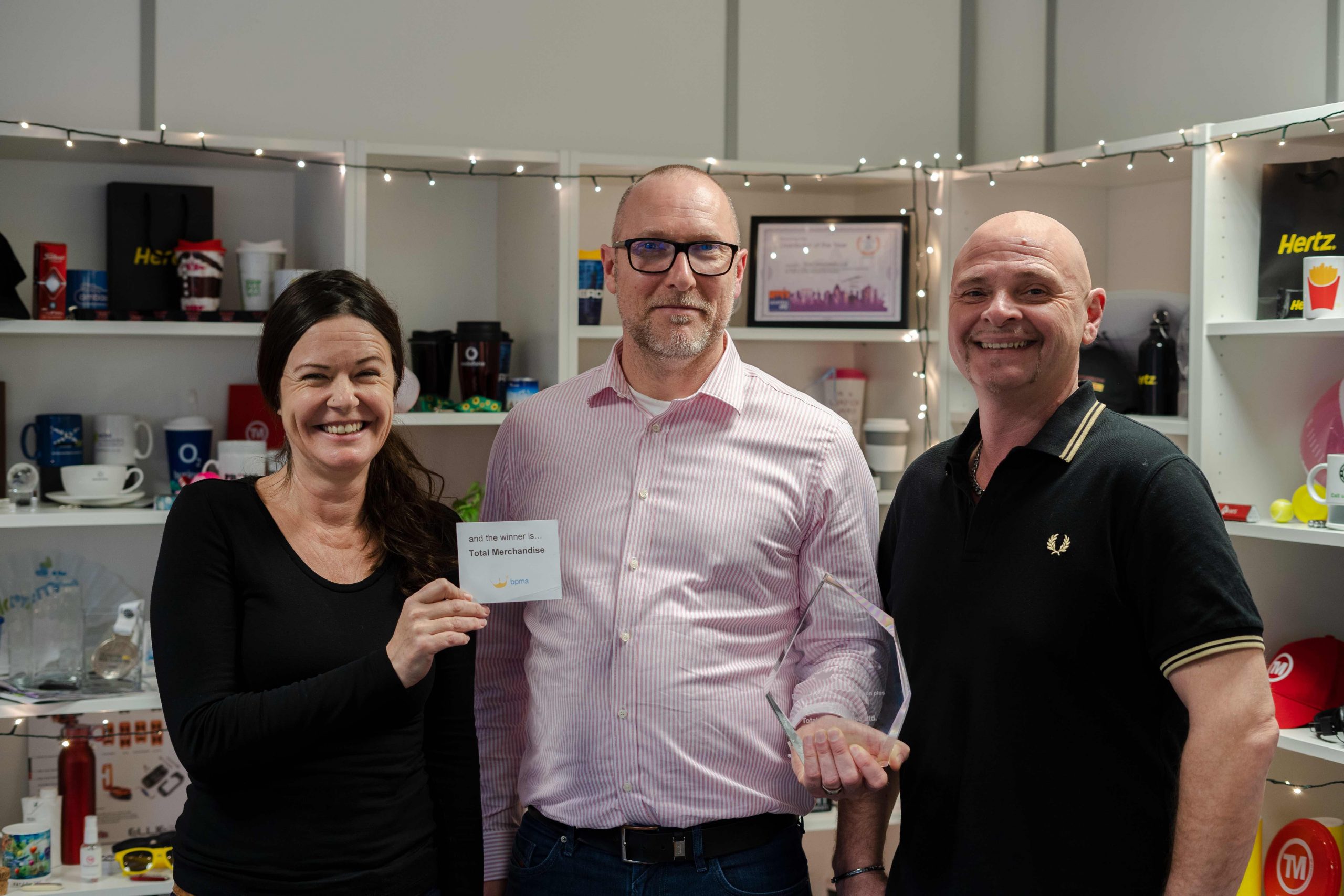 Scoring the gong in the prestigious £5m+ category at last week’s glittering event, the Essex-based business beat a wide range of competition to be voted winner.Taking to the stage at the BPMA Awards in Coventry last week, co-founder and Sales Director Jason O’Connor collected the trophy from Leann Howard of category sponsor DTB as well as event compere –and rugby legend –Martin Bayfield. 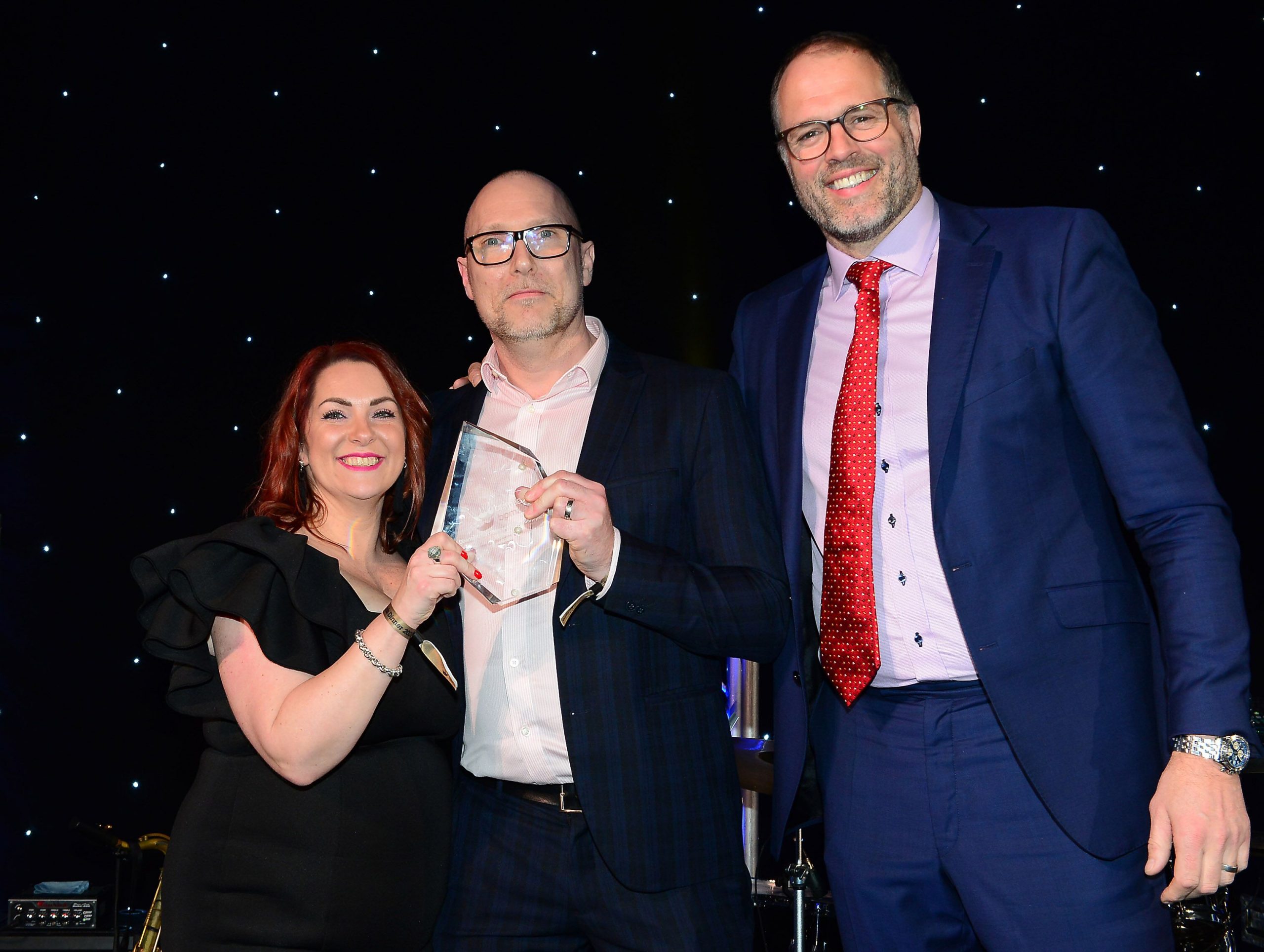 “We were shocked and amazed to win Distributor of the Year and would like to thank everyone who voted for us,” says Jason. “We had a brilliant night –the event was a fantastic celebration of an industry that we’re very proud to be a part of, as well as catch-up with a room full of friends.”

This is the second award Total Merchandise has received in as many months; in December 2019, the Essex-based business also scored Distributor of the Year in Sourcing City’s awards.

With both awards voted for by the industry, the wins are testament to the excellent relationships the Total Merchandise team pride themselves on developing with their industry peers–and they’re delighted to have it acknowledged.

“We are absolutely delighted to win this award,” says Total Merchandise co-founder and Head of Finance, Michelle Rae Stoddart. “I would personally like to thank all our team at TM, as well as our clients and suppliers, for helping us achieve this.”

Co-founder and Systems Director David Stoddart adds: “After 15 years of hard work, early mornings and late nights we have finally achieved our dream, to be number one in the industry! Along with the Sourcing City award a couple of weeks back,I can honestly say I am chuffed to bits. Two top-class awards in one year is just phenomenal.”