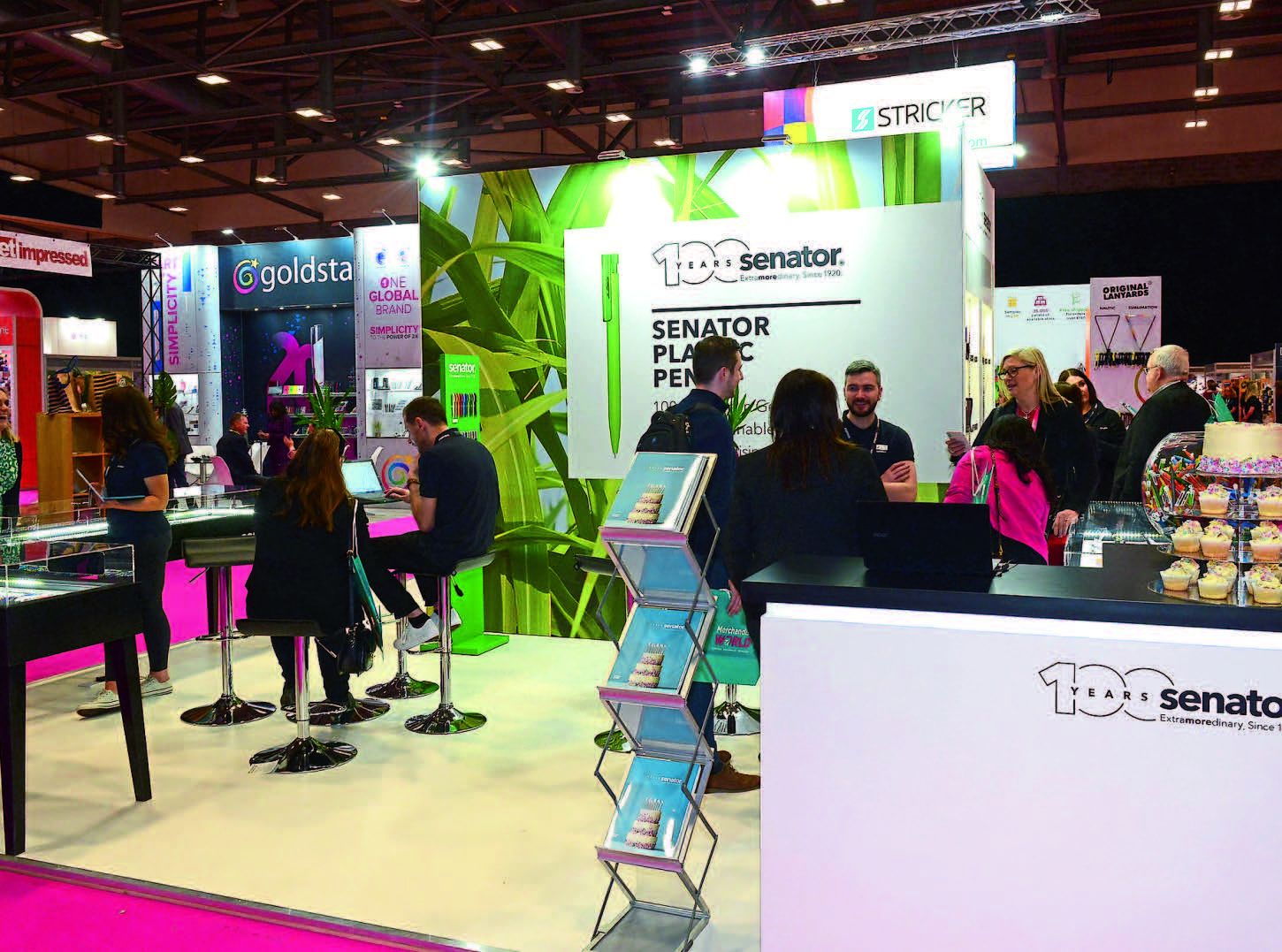 The German pen specialist has been in business for 100 years. Product Media hears the secrets of its success

When Senator first started making pens in Germany in 1920, it was a far cry from the business it is now. Back then, its upmarket piston filling fountain pens were made from the finest materials and sold through retail. Not bad for a business that was started by two brothers as an offshoot of pharmaceutical giant Merz.

However, no company survives for a century without adapting to changing conditions, and Senator is no exception. The company became best known for promotional pens from the 70s and 80s when its injection moulded products came to the market. One of the designs then introduced to the market with the name 2072 has undergone only a slight design facelift and is still sold nearly 50 years later as the Point.

The write stuff Continuity of product is one thing, but continuity of personnel is also a key to success, says Jeff Blackwell, head of sales at Senator. The company has been family owned for most of its 100 years, and a close-knit team ethos has resulted. The average time staff have worked for the company in the UK is nine years. In Germany, some staff are coming up on 40 years’ service. “In customer service terms, it keeps clients coming back because they know that the product and the service experience will be consistent,” says Blackwell.

However, consistency should not be mistaken for complacency. The company has a history of innovation that has kept it ahead of the curve. While sustainability is a fashionable concept these days, Senator has been banging the drum for well over a decade. It has made bio pens, produced from biodegradable material, for 14 years with its Nature Plus products – first produced by corn starch, and now through even more sustainable sugar cane.

The company intends to introduce a bio variant of all its product lines in the coming years. Its Challenger Recycled range is manufactured from recycled industrial material and is a test base for awarded recyclable products. Its Skeye Biopen was awarded the sustainable product of the year last year. Sustainability is also important in terms of production too. The German factory in Gross Bieberau uses renewable energy to power its processes.

Senator has also innovated in processes and services, such as express delivery and digital printing techniques. These have been adopted by other players in the market, something that its also apparent in design terms, says Blackwell. Many Senator designs have almost become templates for promotional pens, although the imitations never match the original, he adds.

The UK is one of only two markets where Senator allows local branding, and the Harlow headquarters – in operation since 1983 – is the biggest international subsidiary. For the centenary year, UK staff and those from around the globe, are expecting to visit Germany for a traditional German celebration. Forward-looking For the future, Blackwell says: “We’ll continue to push the sustainable message.

The company maybe 100 years old, but we’re looking forward and not stuck in the past.” In some ways, Senator has come full circle in recent years. After spending the majority of its history as a family affair, Senator was briefly in the hands of an investment vehicle, but in 2018 the business was sold to businessman Daniel Jeschonowski. He has invested in the business and has mapped out a route to continuing growth that sees the company starting its second century in great shape.