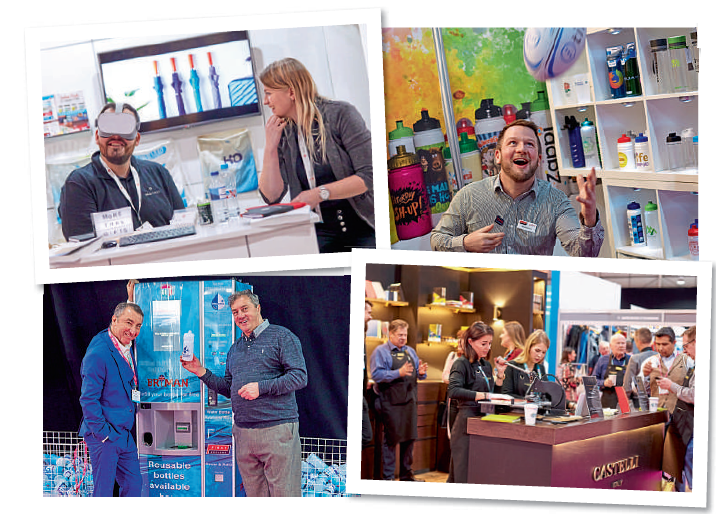 Merchandise World returned to NAEC Stoneleigh, Warwickshire in January to provide the merchandise industry with the sort of kick-off it wanted for 2019.

Visitors descended on the show in bigger numbers than ever, confirming the position of Merchandise World as the UK’s leading and biggest promotional merchandise trade exhibition.

There were 1,348 distributor visitors over the two days, an increase of more than 25% on last January’s event. They gathered to do business with 217 top quality exhibitors from the UK and Europe.

It wasn’t just numbers that were impressive. There was a palpable buzz around the show, which looked great. Exhibitors had really pushed the boat out with impressive and colourful stands that highlighted the industry’s claims to be a creative force. With the show sold out weeks in advance, exhibitors had clearly got the message that their presence should make an impact.

Crowded aisles and busy exhibitors were the stories of the first day, with exhibitors reporting themselves happy with a steady flow of good quality visitors.

This was even more impressive given the yellow weather warnings issued by the Met Office, with snow and ice hazards. However, the promotional merchandise trade still gathered in impressive numbers with distributor visitors arriving from as far afield as Ireland, Scotland, Europe and even the US.

For the first time there was no printed show guide, but all
of the show information was on the Merchandise World App, including a feature which told exhibitors which visitors were in the show hall.

Gathering point
The show, which is a joint venture between the British Promotional Merchandise Association (BPMA) and Sourcing City, demonstrated its growing reputation as the place the industry meets with several associated events being held simultaneously.

The day before the show saw the new format BPMA Education Day held at nearby Chesford Grange hotel.

The evening of the first day of the show also featured the sold-out BPMA awards providing an opportunity to celebrate the best of the best, and network with friends and industry colleagues.

With Merchandise World organisers reporting a high level of re-signs for the next NewYear show at Ricoh Arena in February 2020, this is also expected to sell out. See you in Coventry!