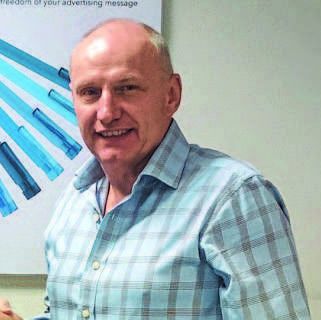 Hill, who joined Senator nearly 20 years ago, announced the move saying that he was leaving the Harlow-based pen company in the summer to pursue new challenges with Listawood, which is located in Kings Lynn. Listawood managing director, Alex Turner said: “I’m extremely pleased that Andrew’s joined the team.

He’s one of the most capable leaders in our industry and I’m certain he’ll be instrumental in delivering our substantial growth plans going forward.” Senator group CEO, Daniel Jeschonowski said that Hill’s influence was fundamental to the success of the UK operation of Europe’s leading manufacturer of personalized promotional writing instruments. His supportive and progressive philosophy had been continually rewarded, he added, with Senator UK winning over 60 industry awards for service excellence and an above-average length of service for UK staff.

Hill is to be succeeded as managing director of Senator by Shane Davies, who brings with him a wealth of operational and leadership experience from 17 years in the Metropolitan Police, with more recent posts in senior management at National Express. Following the recruitment process, Jeschonowski said he was positive about the appointment: “We feel that Shane encompasses the full package of what we are looking for in this role – he is experienced, determined and focused.” See the AndrewHill interview on p9.