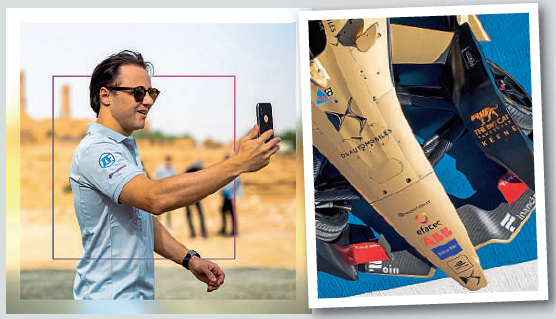 2009 probably wasn’t the best time to be starting any business, but when you think you’ve spotted a gap in the market, there’s no time like the present, according to Garry Holland, the founder of Richmond-based Innovation 1st.

His company celebrates its tenth anniversary this year and has grown from a handful of staff in serviced offices to a 50-strong outfit that ships products to 85 countries internationally.

Holland was working in the City when he and business partners, Ian Mallalue and Mike Jenkinson, saw an opportunity. “We spotted a gap around innovation and creativity in branded products-we wanted to change the perception of them,” he says.

“Merchandise is often the last thing that is thought about in a campaign, but if it’s properly considered and promoted, it can be an extremely invaluable tool.”

Prior to starting the company, Holland had lived in the Far East and Hong Kong and had a background in sourcing that had given him a love of merchandise, and he wanted to be involved in the industry. “We were both 29 and I thought that we could build a company that offered more of an agency approach creating bespoke merchandise rather than picking items from catalogues.

We wanted to offer a very consultative and design-led approach,” he says. Innovation 1st initially targeted health organisations with creative products that could help change consumer behaviour in areas such as sexual health, obesity and smoking.

Early successes included a keyring shaped like a baby that cried randomly to demonstrate the way a child could impact lives and a money box for smokers to see how quickly their cigarette money could mount up when they quit. The company grew steadily picking up clients like Weetabix, AstonVilla and the NHS.

About six years ago, it decided to invest in its own premises. “It was a big move for us and was expensive, but in terms of the perception of the business, it was important,” says Holland.

At a time when businesses of all kinds are being encouraged to take a more global view in the light of Brexit, Innovation 1st has spread its approach into multiple markets. Only 20% of the company’s business is in the UK. Global clients mean that it has experience of dealing with campaigns around the world, as well as ‘local’ clients in regions such as Japan and Singapore. The company has offices in Houston and Hong Kong.

A team of four in-house creatives bolster its design-led philosophy. “Our approach is around innovation, understanding the brand, and the value of creatively linking products to brands,” says Holland. “We have innovation workshops and brainstorming, and we’re very active in engaging clients in the process –we aim to be an extension of their marketing team.”

Sourcing is another area where the business tries to be different, going beyond the standard industry catalogues. “When you are the first person to see a particular product, it has more of an impact,” says Holland. “It shouldn’t be a race to the bottom with the same old suppliers.

There are some little gems out there and we try to keep moving on to the next one. It’s hard to stay ahead of the market – the competition in Europe is tough.” Driving success One area where Innovation 1st has been motoring ahead is in its involvement with Formula E racing.

As an agency, it has been associated with sports brands such as AstonVilla, Arsenal, the Ryder Cup and Liverpool.

Its licensing division pitched to represent Formula E and won. Innovation 1st also has an events division, providing a good fit to handle activities such as pop up retail opportunities, as well as corporate merchandise.

The company has even sponsored a team, Techeetah, and produces all of its kits. “It was one of the proudest moments in my career to see the branding on the car,” saysHolland.

With the tenth anniversary this year, Holland is optimistic and ambitious for the business. “We want to continue expanding and have more international offices.

We don’t want to attract lots of clients, but we want to attract the best – quality rather than quantity.” For the moment though, he’s content. “Merchandise is a great sector when you’re selling and developing cool products. I love my job.”