The return of the traditional bpma Golf Day was welcomed by members despite the challenge thrown down by the weather.

Back in the bpma schedule after a gap of a few years, the event was held at the prestigious Grove resort near Watford, famous for hosting G8 meetings and X Factor auditions as well as championship golf.

The weather on October 21 was atrocious for the start of the tournament, although it did clear up later in the morning. The event was organised by TKG Europe and supported by Crystal Galleries and Titleist, and was well received by the members and guests who competed.

Also beneﬁtting from the event was the Make-a-Wish Foundation charity, which received a donation of £500.

Among those taking part was Nick Clewlow, sales manager of The Pen Warehouse, who said: “Thank you to Gordon, and Gary at TKG, for organising the BPMA Golf Day. I invited three distributors to the event, which was a great way to mix business with pleasure. It was great to play at the Grove, especially as the course will be hosting the British Masters European Tour event next year. The prizes were incredibly generous and I look forward to entering another team in 2016.” 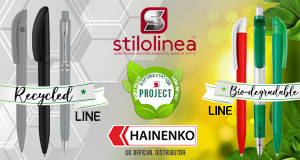